Coati Mundi is the stage name of Andy Hernandez. He's known to the world as the bald sidekick to Kid Creole (August Darnell) in latino band Kid Creole & The Coconuts. In 1983 he released his solo album Little Coati Mundi The Former 12 Year Old Genius, featuring the wonderful opening track "Say Hey". It's a party tune to out-party most other party tunes, and here's a live clip, supposedly performed at a Kid Creole & The Coconuts Show in Essen, Germany in 1982. Fabulous stuff! 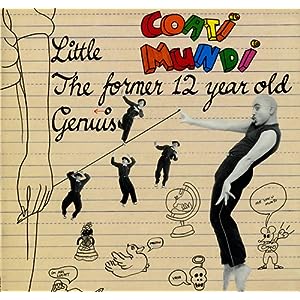