Nisse Hellberg is the frontman of Swedish rock band Wilmer X, but the last six or seven years he's mostly been busy with a solo career that has resulted in several excellent albums. Hellberg's passion is 50's style rockabilly. In this clip he's putting his trademark stamp on the classic "Lyckliga gatan" (Happy street), a song made famous in Sweden by Anna-Lena Löfgren in 1967 that's originally an Italian song called "Il Ragazzo della via Gluck". Hellberg recorded the song for his 2006 album Snackbar Blues. 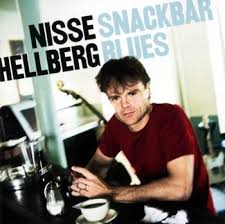