"Cowboy Dreams" is lifted from Prefab Sprout's brilliant 2001 album The Gunman And Other Stories. It was a song Paddy McAloon originally wrote for Jimmy Nail who recorded it in 1994 for his Crocodile Shoes album. Although a fin version, Paddy's own far exceeds it. It's not the first time he toys with classic American imagery and myths either. Songs like "Faron Young" and "Cars And Girls" also fit nicely into the same category, and what they all have in common, they are absolutely terrific! 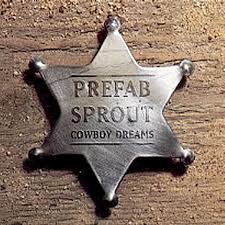