Choir Of Young Believers is the musical project of one Jannis Noya Makrigiannis, a Danish singer/songwriter who arms himself with different musicians depending on his need. So far his greatest success is with the song "Hollow Talk", an eerie-sounding minimalistic piece of music featuring a naked piano, a sombre cello and Makrigiannis' haunted singing, and at around the three minute mark it speeds up and turns into something that Icelandic band Sigur Rós could have made. "Hollow Talk" was used to stunning effect in the Danish/Swedish TV crime drama Broen (The Bridge) and thus will hold a special meaning for everyone who has seen the series. It's featured on the album This Is For The White In Your Eyes, released in 2008. Fabulous stuff! 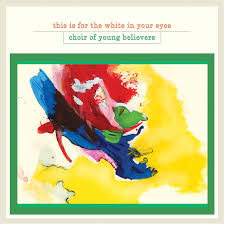