Tuxedomoon - In A Manner Of Speaking

Tuxedomoon's "In A Manner Of Speaking" is one of the prettiest songs I know. I first heard it live when the art rock/performance group visited Oslo in the now demolished Vikateatret in 1984. It was totally unrelated to everything else they did, a beautiful three and a half minutes of pop genius thrust into a set list that otherwise included interesting, experimental, at times trance-inducing music, great stuff most of it, but nothing like this. As the song, sung by Winston Tong, was unreleased at the time I couldn't get hold of it, but thankfully the concert was broadcast at radio so I got to tape it. Then, when Tuxedomoon released their 1985 album Holy Wars, it was there - to my own and several others' joy. It has since become a classic, the group's one song that has actually achieved a bit of a reputation, having been covered to great effect by Martin Gore and Nouvelle Vague. 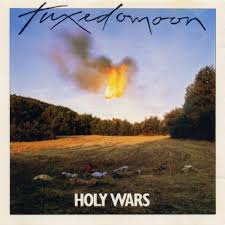