An Emotional Fish was an Irish band that released a fabulous self-titled debut album in 1990, featuring amongst its many great songs the single "Celebrate". It was the album opener, a song to immediately grab your attention and keep it for the duration of the entire record. "Celebrate" is an up-tempo pop song, with a kind of "alternative" shine to it, but a pop song nevertheless. The rest of the album is quieter, more atmospheric, but mostly just as good. The follow-up album Junk Puppets was easily forgotten and they also released a third album that I haven't heard. And now, incredibly, they've found back together, so who knows where that will lead. I'll not be having my hopes up too high, but I'll play "Celebrate" any day and keep loving it forever. Good times! 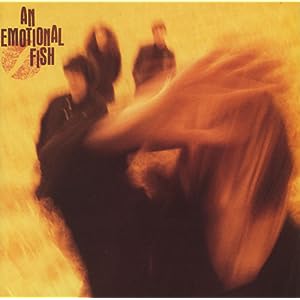