Talk Talk - Living In Another World

Talk Talk started becoming really amazing on their 1986 album The Colour Of Spring. Having released two fine albums before, their third record saw them become serious. The ambition was a lot higher than on 1984's It's My Life album, and that had been a great leap forward from their debut as well. What was to follow were two albums of astonishing, beautiful music called Spirit Of Eden and Laughing Stock, but The Colour Of Spring was their transitional album, a perfect bridge between Mark Hollis' undeniable pop sensibility and his later forays into atmospheric mood music. "Living In Another World" is a perfect example. 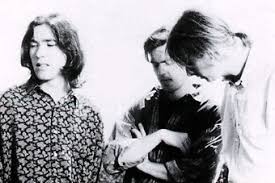