Pink Floyd - Another Brick In The Wall Part 2

Yesterday I dished out 1000 Norwegian kroner to buy the Immersion box set of Pink Floyd's classic album The Wall, their - or rather Roger Waters' - 1979 masterpiece. Although expensive I hope to find it worthwhile as it includes a total of seven discs, six of them CD's and one DVD featuring the documentary Behind The Wall. "Another Brick In The Wall Part 2" was the album's first single and Pink Floyd's biggest hit by far. The clip you'll see here is from the actual movie Pink Floyd's The Wall directed by Alan Parker and released in 1982, coupled with "The Happiest Days Of Our Lives" as that is the short track leading up to "Another Brick..." on the album and of course also in the film. 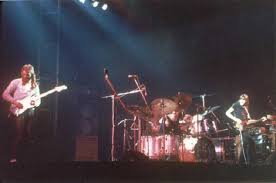