Nico would have been 73 years old today if she had lived. Unfortunately the German born musician, model and actress died at 49, in 1988, after injuries sustained in a bicycling accident on Ibiza. She became famous in New York in the 60's as part of Andy Warhol's crowd, appearing in his film Chelsea Girls in 1966 and contributing vocals to The Velvet Underground's debut album that was actually credited to her as well with its title The Velvet Underground & Nico in 1967. In 1985 she released her album Camera Obscura featuring this amazing version of Rodgers & Hart's classic 1937 song "My Funny Valentine" from the Babes In Arms musical. To this day, it's my favourite version of the song. 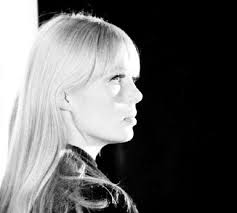