It's close to three years since British singer/songwriter John Martyn passed away. His most enduring song is still the wonderful "Don't Want To Know" from the 1973 album Solid Air. The song is a comment upon the atrocities of the world, as poignant then as it is now unfortunately, and Martyn's writing and performance is top notch. It's a true masterpiece, a folk song with a jazzy feel and the line "And I don't want to know about evil, only want to know about love" being sung over and over again, until that's everything that's left. 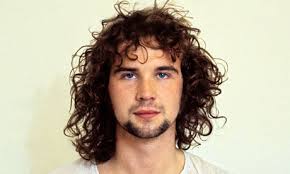