Kate Bush's eagerly awaited record 50 Words For Snow, her first album of brand new material since 2005's double CD Aerial (not counting this year's Director's Cut featuring reworkings of old songs), will be out on November 21st. But today the first single off the album, entitled "Wild Man", was played for the first time on British radio. Kate Bush has made it avaliable for streaming on her YouTube channel, and I must say it sounds very interesting indeed, and it sticks out in her catalogue as "different". 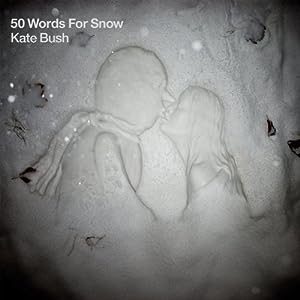