Bob Geldof is 60 today, so happy birthday to him! The singer/songwriter/activist is possibly most famous for his Band Aid/Live Aid work, but his former band The Boomtown Rats' 1979 single "I Don't Like Mondays" isn't far behind. It's a fantastic song, misunderstood by lots of people who hate to get up for school or work after the weekend, but is in fact about a shooting spree at an American school. On January 29th 16 year old Brenda Lee Spencer shot and killed two adults and further injured eight children and a police officer. Geldof wrote it immediately afterwards, and the song was performed for the first time less than a month after the incident. Even though it's a ridiculously catchy song, it's also eerie and a bit disturbing. Please "enjoy". 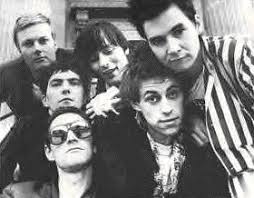