One of the prettiest pieces of music ever written, this waltz by American folk musician and composer Jay Ungar was first recorded in 1982, and gained serious popularity when it was featured in Ken Burns' documentary series The Civil War in 1990. You should also know that the guy in the red short playing violin in this clip is the noted American musician Mark O'Connor who turns 50 today, so happy birthday to him! The composer Jay Ungar is the guy in the green shirt with the round glasses. The clip is from a BBC series called The Transatlantic Sessions recorded sometime between 2007 and 2009 as fas as I can tell. 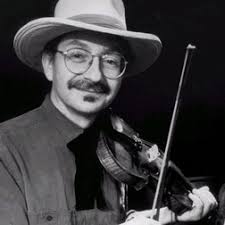