Happy birthday to American singer B.J. Thomas who is 69 today. Although he's released scores of albums, his most famous performance is of Burt Bacharach's and Hal David's "Raindrops Keep Fallin' On My Head" for the 1969 film Butch Cassidy And The Sundance Kid. The song even won an Academy Award the next year for best original song. As you will see, it was featured in the famous "bicycle scene" with Paul Newman's Butch character and Katherine Ross's Etta Place, while Robert Redford's Sundance is still asleep. It's one of the all-time feelgood scenes of the movies. 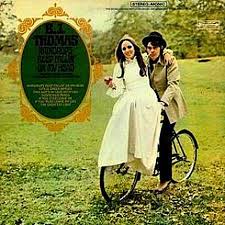