The healing continues slowly after the atrocities here in Norway, and today we seek comfort in Van Morrison. Although "The Healing Game" (from the 1997 album of the same name) is not strictly about healing as such but rather a yearning for the time when people sang in the streets, it's also a joyful song that gives a bit of hope. Van Morrison is a religious man whereas I am not, but whenever I hear that voice I become slightly in doubt. I have two theories regarding Van The Man: One is that he is God's own plaything brought to earth to bring us joy with his voice. The other is that he is, in fact, God. I guess none of these theories are valid, but there is something touching and gripping about the man's own belief, so for me listening to Van Morrison singing is a kind of belief in the belief, if you get my drift. OK, here we go: 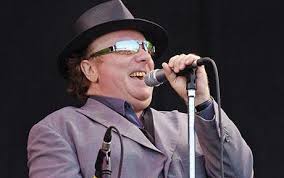