Former Span singer Jarle Bernhoft operated below my radar for a while, releasing two solo albums that are pretty fabulous. Span was a grunge/metal band with some modest international success, but Jarle Bernhoft's music is a different beast altogether. He dips his hand deep into black American soul/r&b and shows an impressive understandig of this music as well as an extraordinary talent. His wonderful voice adds heavily to the final result too. "Sunday" is from his first solo album, 2008's Ceramic City Chronicles, and is just one of several great songs. Having said that, I think it's my favourite Bernhoft song of them all. At least I'm not able to stop playing it at the moment. The background vocals are especially fascinating, almost a song in itself towards the end, crammed into the "main" song, if you will. This is highly skilled musicianship all the way. That Bernhoft's latest record Solidairty Breaks tops the Norwegian album charts at the moment is well-deserved, but his debut album is equally good. 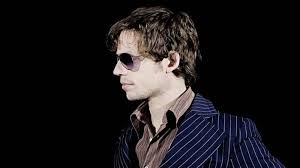