The Divine Comedy is Northern Irish singer/songwriter Neil Hannon's alter ego. His Nigel Godrich-produced (Radiohead and more) 2001 album Regeneration was a big disappointment, a very different album from the rest of his outout, but it did contain one of his greatest songs ever, "Perfect Lovesong". As the title suggests, it actually is a perfect love song. It's also a great summer song, with Hannon's characteristically British, pastoral sound all over it. 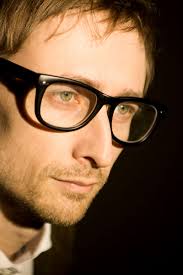