R.I.P. Nick Ashford who died yesterday at 70. Part of legendary songwriting husband and wife-team Ashford & Simpson, he's responsible for several hits for Marvin Gaye and Tammi Terrell like "Ain't No Mountain High Enough", "You're All I Need To Get By", "Ain't Nothing Like The Real Thing", and also songs for Diana Ross, Gladys Knight & The Pips and other Motown acts as well as loads of others. Ashford and wife Valerie Simpson also had a successful recording career, and they're probably best known for "Solid" (or "Solid (As A Rock)" as it's often referred to), their big 1984 hit single. 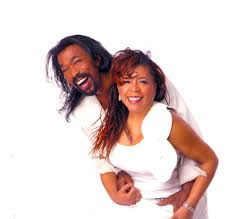