The next True Blood soundtrack due soon

The third True Blood soundtrack will be released on September 6th and as on the previous two it shows that the music is a lot more exciting in the HBO series than the series itself. The track list includes Neko Case and Nick Cave's fabulous version of the old Zombies classic "She's Not There", as well as Karen Elson's new take on Donovan's "Season Of The Witch" featuring Donovan himself. Other exciting things are the PJ Harvey and Gordon Gane collaboration "Hitting The Ground", and Gary Louris and Jakon Dylan's "Gonna Be A Darkness". Check out the full track list here. 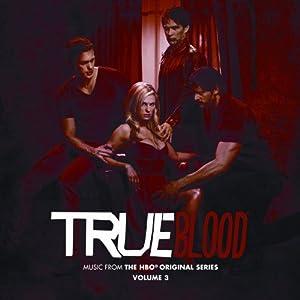