October 31st is the official date for the anniversary release of U2's classic Achtung Baby album, first released in November 1991.  The original disc is augmented by scores of extras and will be made available in five different physical formats as well as digitally.

The most expensive one is the Über Deluxe Box Set which is priced at an astonishing £385.99 at amazon.co.uk, avaliable for pre-order now. The Super Deluxe Box Set is also pretty expensive at £105.99, but it does contain 6 CD's (among them the original companion album Zooropa, released in 1993), 4 DVD's, a 96 page hardback book and 16 art prints in a wallet. You will at most look at these once, I guess, but it probably looks very cool. You can pre-order it here.

You can check out all the different formats here. 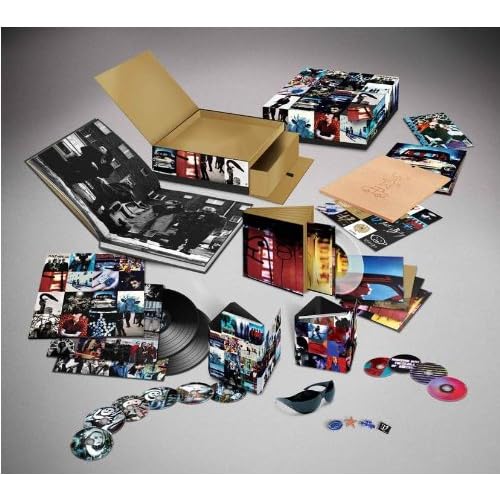