This version of "Jungleland", played live at London's Hammersmith Odeon, was part of the package when Columbia Records released a 30th anniversary edition of Bruce Springsteen's classic Born To Run album in 2005. Originally released in 1975 it was, of course, Springsteen's breakthrough album, containing some of his most well-known songs. "Jungleland" is the epic, 10 minute closing track, a fabulous tale of "The Rat" and his escapades, rightfully described on Wikipedia as mirroring "the pattern of the entire Born to Run album, beginning with a sense of desperate hope that slides slowly into despair and defeat." As good as Springsteen still is, I do miss the sense of urgency of his earlier songs, and his first albums, up to and including Born In The U.S.A., are his best. It's as simple as that. 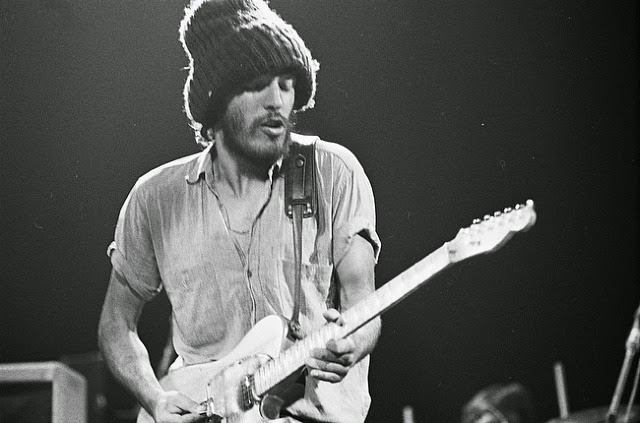