Super Furry Animals - Juxtaposed With U

I had forgotten exactly how awesome Super Furry Animals' 2001 single "Juxtaposed With U" is, a quirky, astoundingly well-written and melodic pop song. It was originally planned as a duet, but after East 17 singer Brian Harvey and bad boy Bobby Brown both turned the Welsh band down, singer Gruff Rhys decided to walk it alone, using a vocoder on the verses to give the impression of another singer. It works fantastically, but it would undoubtedly have been a great duet, and not necessarily with the Super Furries either. This is the kind of timeless song that would work for anyone, but it remains a bit obscure, although it reached number 14 on the UK singles chart. No matter, this is pop music that is pretty much is as good it gets, with more than a hint of 70's Philly soul thrown in. A classic! 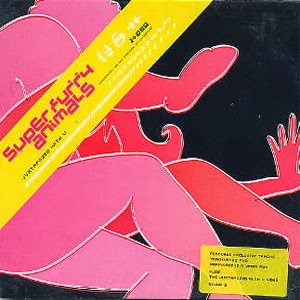