25 years ago exactly, on June 30th 1989, Spike Lee's amazing film Do The Right Thing was released. 25 years on, it's still one of the best films I've seen, and so it's only fitting to show the opening credits, also among the best ever. Watching Rosie Perez dance to Public Enemy's "Fight The Power" during the entire opening that lasts for almost four minutes, you know you're got something coming. It's powerful stuff, choreographed, filmed and edited to perfection and the song remains Public Enemy's best. So there! 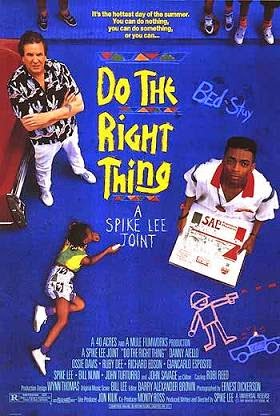