U2 - Running To Stand Still

"Running To Stand Still" is lifted from U2's 1987 masterpiece The Joshua Tree and is a song that's musically steeped in American blues and folk music, brilliantly evoked in conjunction with producer Daniel Lanois. His knack for atmospheric soundscapes is almost unparalleld and is taken to the brink in this song. Curiously the melody itself was written quickly whereas Bono worked a lot harder forming the lyrics about a heroin-ridden couple in Dublin's Ballymun flats, a group of seven high-rise tower blocks, referred to in the song as the "seven towers" that the protagonist sees only one way out of. "You got to cry without weeping, talk without speaking, scream without raising your voice"... Word! 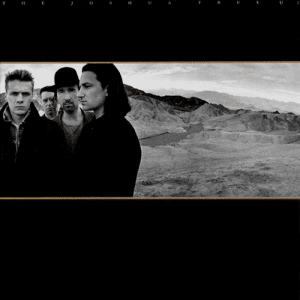