The The - Slow Train To Dawn

The The's 1986 album Infected not only is Matt Johnson's definitive work, it's further augmented by a kind of movie without an apparent narrative, consisting of different music videos to each song, made by different directors. It was an expensive affair, shot on location in Peru, Bolivia and New York. Instead of promoting the album with an ordinary concert tour, Johnson instead toured the movie. It's a hell of an album, and a hell of a movie. "Slow Train To Dawn" is shot in fabulous black and white, and featuring backing singer Neneh Cherry tied to a railway line while a running train is descending upon her. Dramatic and fabulous stuff! 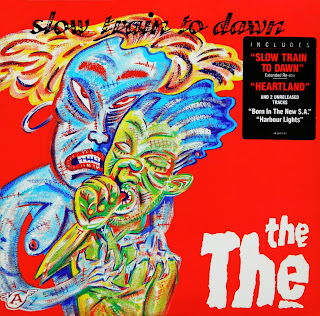