New single from She & Him - Never Wanted Your Love

The wonderful faux-sixties duo She & Him (Zooey Deschanel and M. Ward) are soon back with their album Volume 3, which is in fact their fourth as they have released a Christmas record in addition to the previous volumes 1 and 2. "Never Wanted Your Love" is the first single from the new album and certainly doesn't stray from their chosen path of sixties girl-group nostalgia and reverby soundscape. Zooey Deschanel's voice is as sweet as ever and M. Ward's production skills as outstanding as we are used to. 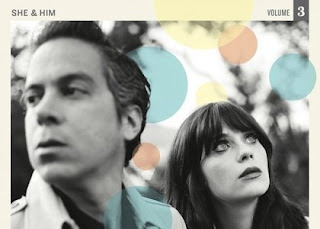