Finally! As  The Waterboys' landmark 1988 album Fisherman's Blues turns 25 this autumn, the entire sessions will be released as a major 7CD box set in October. Mike Scott has selected the 121 tracks (!) of which 85 has never before been released. In addition to the  original 13 track album, earlier releases have included the Too Close To Heaven album (renamed Fisherman's Blues, Part 2 in the US) and a deluxe edition featuring yet more unreleased tracks. But now, alas, the whole enchilada is about to be presented for the first time, and that is something worth waiting for and, upon its release, shelling out the cash needed. This is rock history being revealed.

Read more about the box set here, and see a list of the sessions here. 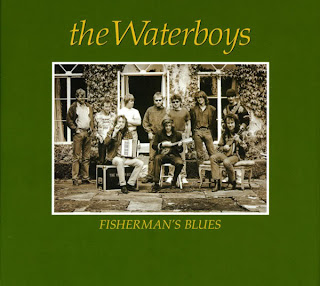