American singer/songwriter Josh Rouse hit both a commercial and an artistic peak with his wonderful 2003 album 1972, and has subsequently released a string of good albums. None of these can be called successful in terms of sales, but Rouse has written consistently good songs throughout. His new album is called The Happiness Waltz and will be released this weekend or early next week depending on where you live. No matter when really, because the album streams in its entirety on American Songwriter's website. This is a return to the laidback, early 70's sound of the fabulous 1972 album, and is a joy from start to finish. A warm thank you goes out to Josh Rouse just for being the kind of songwriter that he is. This is soooo nice! 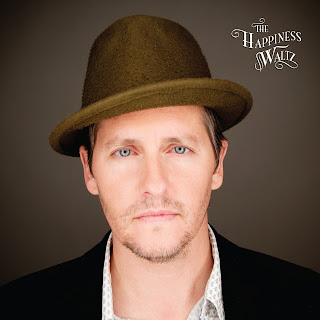