John Foxx was the original singer of Ultravox, and fronted the group on their first three albums, when the band was a strange kind of punk/postpunk/glam/electronica hybrid. He left the band in 1979 and was replaced by Midge Ure, and the funny thing is that both factions went for a more clean-cut electronic sound. Of the two, Foxx was the one who went for the extremes. The music of his solo debut Metamatic (1980) was influenced by - among others - Kraftwerk, and contemporary artists like Gary Numan's Tubeway Army and the early incarnation of Human League. "Underpass" was the gloomy first single he released under his own name, and it's still a great song, highly atmospheric and utterly cold, naked and eerie, a kind of musical companion to the written works of J.G. Ballard, Philip K. Dick and for that matter George Orwell. Science fiction meets cold war gloom and human alienation. What can I say? You had to be there. 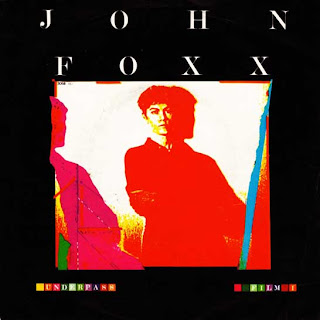