Morten Abel - I'll Come Back And Love You Forever

Morten Abel is a true pop star. The Norwegian singer has fronted the bands Mods, The September When and Peltz, and has led a more than interesting solo career as well. There has always been a hint of the dangerous about him, and he's been very good at creating an image and really acting the pop star. This winter he's been part of the entertainment show "Hver gang vi møtes" (Every time we meet) where seven prolific singer/songwriters met to perform each others' songs, and among the seven, Morten was the one to really turn his colleagues' songs upside down and really seem to have fun with them. The songs, that is. "I'll Come Back And Love You Forever" is the title track from his third solo album, released in 2001. Sadly, there's no video to this song, but it's a fantastic slice of pop music all by itself. 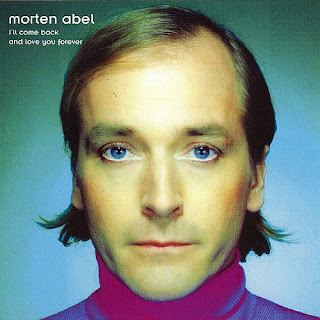