I'm currently watching the eighth and final season of the brilliant TV series Weeds, and this song plays through the last segment of episode 8. Regina Spektor has released it once before on her 2002 album Songs where she performs it alone with her piano, but for last year's What We Saw From The Cheap Seats, she re-recorded it, adding more instruments, and making it sound absolutely wonderful. She also renamed it. It was first called "Ne Me Quitte Pas" (it has nothing to do with Jacques Brel's song of the same name) and the new version is called "Don't Leave Me (Ne Me Quitte Pas)". The video is directed by one Ace Norton and features Spektor fooling around in a big apartment doing lots of silly stuff. It's great, by the way, and both the song and the video is as quirky and out there as the TV series Weeds. This is all good, good stuff! 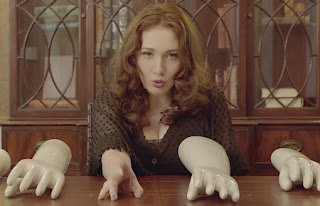 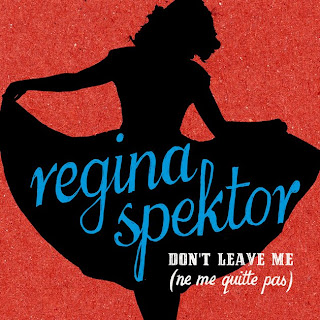