"How big can we make our sound?" was the question Simple Minds seemed to ask themselves when they released their Sparkle In The Rain album in 1984, and for their next record, 1985's Once Upon A Time, they asked the additional question, "how can we show how big we are visually as well?" The answer to both questions lies in "Alive And Kicking", the music video. The music is as big as the wide open landscape the band is placed in, with sweeping camera work revolving around the musicians standing on the edge of a cliff, in a big old forest, over a waterfall, etc. Even though it looks a bit silly, it works extremely well, and "Alive And Kicking" remains a hell of a song, although this was where Simple Minds started on their musical decline. They never eclipsed the qualitites of their masterpiece, 1982 LP New Gold Dream (81/82/83/84). 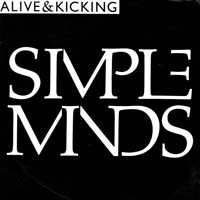 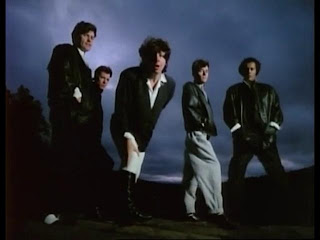