What a great song! "Mi Swing Es Tropical" is one of several great Latin-flavoured songs in Jon Favreau's wonderful feelgood film Chef, and is performed by a bunch of guys. Quantic is a British-born Columbia-based musician named Will Holland, Nickodemus I'm not sure about, he may be Dutch. Also present is the featured singer Hector "Tempo" Alomar and he's Puerto Rican, as is, I think, The Candela Allstars. No matter where any of these guys hail from, they deliver a fantastic tune, and their swing is indeed of the tropical variety. Do I know when it was first released? Either in 2005 (according to Discogs) or 2008 (according to a dubious Wikipedia article about Holland). I think Discogs is right, but never mind that, just dance! 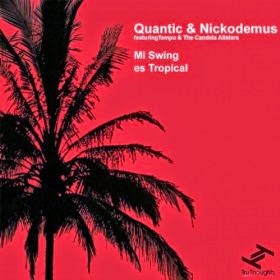