One of the major soul singles of all time, Ben E. King's 1961 smash "Stand By Me" is the song we'll always remember him by. King died yesterday at 76 from what his agent termed "coronary problems", and boy did he leave a legacy behind! He was one of the lead singers of The Drifters from 1958 to 1960 and then embarked on a solo career where he enjoyed numerous big hits, most notably "Stand By Me", but also beautiful songs such as "I (Who Have Nothing)" and "Spanish Harlem". Tonight I'm sure they're singing his praise in Heaven. God bless! 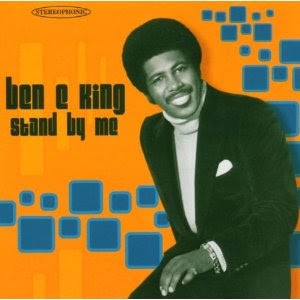