Well, it's another Fabulous Friday, and it's also the International Workers' Day around the world. My Fab Friday tracks are intended to celebrate the fact that it signals time off from work, and what better way to mark the day than playing a song that can be seen to both celebrate work and at the same time's got a brilliant party vibe? Wilbert Harrison first wrote and recorded "Let's Stick Together" in 1962 as a mid-tempo 12 bar blues with it going nowhere fast. When he re-recorded it as "Let's Work Together" in 1969 though it reached number 32 on the Billboard Hot 100 the following year. Just a few months later it was a hit again, this time with Canned Heat who's got the most well-known version of the song. Bryan Ferry reached back to the original's title however when he recorded it as the title track for his third solo album, released in 1976, and that's the version we play today. The lyrics are slightly different of course, celebrating love instead of work. Also, be sure to check out my previous Fabulous Friday entries here. 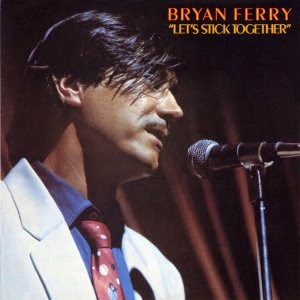