One of the most romantic songs ever written, sung by one of popular music's finest voices, that's what you get when you hear Sam Cooke sing "My Foolish Heart". It's a song written by Ned Washington (lyrics) and Victor Young (music), originally performed by Martha Mears in the 1949 film of the same name, but boy does Sam Cooke sing it a cut above her and any other singer ever to utter the words "There's a line between love and fascination, that's hard to see on an evening such as this, for they both give the very same sensation, when you're lost in the magic of a kiss". This version was recorded for Cooke's second album, 1958's Encore! Classic? Hell yeah! 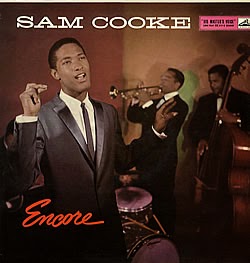