Bee Gees - Love You Inside Out

Spirits Having Flown was Bee Gees' first album after participating on the hugely successful Saturday Night Fever soundtrack in 1977 with hits like "Staying Alive" and "How Deep Is Your Love". Not surprisingly Spirits... also sold a lot, 16 million copies and counting. The beautiful and super-slick ballad "Love You Inside Out" was the third single off the 1979 album and the group's ninth and, as it turned out, final US number one single. Still sounds great! 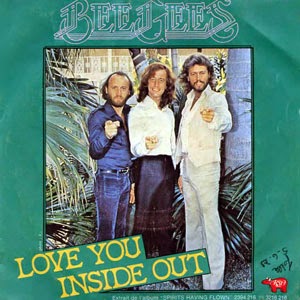