Now this song! The thing about Nick Drake is that once you hear almost any song of his you instantly conclude, just know deep down, that it is the most spectacularly beautiful song you've ever heard. "The Thoughts Of Mary Jane" is a prime example, but what sets it apart from many of his other songs is the fact that it has no sadness in it. Rather it's a song of wonder and curiosity. When Drake sings "Who can know the thoughts of Mary Jane, Why she flies or goes out in the rain, Where she's been and who she's seen in her journey to the stars?", almost as a whisper, you know he sings about a person that has somehow made a huge impact on him, one way or another. It's intense in its simplicity, and the arrangement and recording you'll find below is a different one from the version that appears on his 1969 debut album Five Leaves Left. This one only features Drake and his acoustic guitar, with a subtle but highly effective guest turn from Richard Thompson on electric guitar. How beautiful the full version may be, I still prefer this one. It's available on the odds and ends compilation Made To Love Magic. 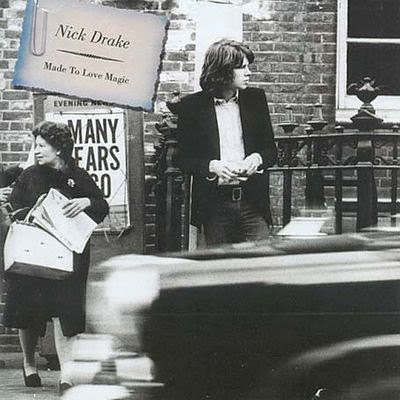