We continue our occasional run through some of the best summer singles ever recorded, and today we're at "Long Hot Summer", The Style Council's third single, released in the summer of 1983. With a big fat bass riff, a slow, smooth beat, a groovy organ and Paul Weller's beautiful voice, this is the sound of summer distilled into just under four quality minutes. The song does however, also exist in a seven minute version released on the EP titled À Paris, and that's the one I always prefer. It's a song that should go on for a bit, just as the summer referred to in the title. Here are both, the short single version with video filmed on the river Cam, and the full version. Play whichever you like - or both. 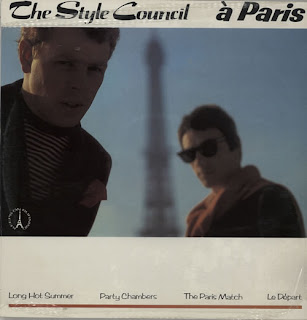