I love duets, but I'm not really sure if there has ever been a more successful one than this in the history of pop music. Which says a lot. When Queen joined forces with David Bowie for the "Under Pressure" single in 1981, two of pop music's most characteristic voices met. Freddie Mercury's operatics pitted against Davd Bowie's more theatrical antics, proved an absolutely perfect match, and the melody - both it and the lyrics are credited to all parties involved - is astounding. John Deacon's bassline was of course later used for Vanilla Ice's 1990 hit "Ice Ice Baby". Queen and Bowie didn't get writing credits or royalties but after a lawsuit Vanilla Ice had to dish out a cool four million dollars. Ouch! 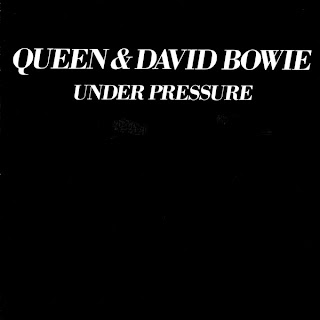