Erik Faber is a singer/songwriter from the Norwegian city Kristiansand, who released three albums between 2002 and 2006. He had moderate success and garnered a few minor hit singles, but sadly there have been silence from these quarters since then. According to Wikipedia he has released a compilation album in Germany in 2011, but in Norway there has been nothing. I must admit that I underestimated Faber myself. He's a former model and I used to have a hard time taking him seriously because of that, which is pretty stupid. I've come to find that his music is very good and my favourite song of his is called "Last Night's Boogie", off his 2003 album Century. It's just a brilliant pop song, nothing more or nothing less, but brilliant pop songs are the fuel that keeps some of us going, so here's to Erik! 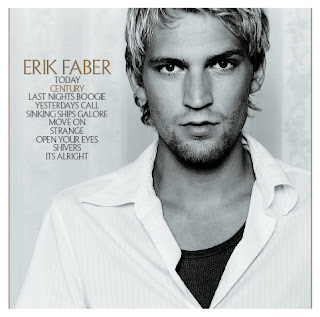