Woohoo! Justin Timberlake returns to the music business with a new song today, "Suit & Tie", and a new album sometime later this year called The 20/20 Experience. He's been doing a countdown on his website these last three days, and this morning the countdown was finished to reveal the brand new single "Suit & Tie", featuring Jay-Z. The song is a breezy-sounding summer song that comes like a gift from the heavens on this very cold winter day. It's around 15 degrees below zero (Celsius, that is) here in Oslo, and this song simply sounds like a giant ray of sunshine. It also has to be said that it bodes very well for the album, Justin Timberlake's third solo album and his first since 2006's FutureSex/LoveSounds. 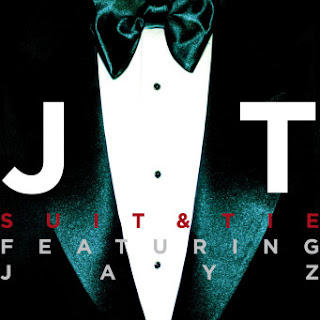