Fantastic! Johnny Marr's upcoming solo debut The Messenger appears to be better and better as new songs surface. The first "official" single from the album is called "Upstarts", a fabulous pop song with some incredibly cool riffing, was put on the web two days ago, following a revealing interview in The Guardian, that I posted here last Friday. "Upstarts" is nothing short of great fun and shows that Marr certainly hasn't lost his songwriting skills. Also, it shows that he is a pretty good singer. 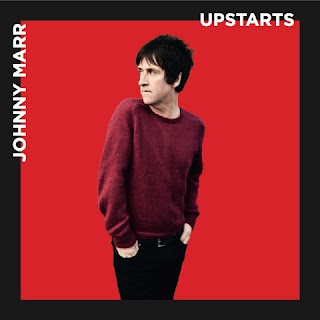