Johnny Marr interviewed by The Guardian

Former The Smiths guitartist and songwriter Johnny Marr is finally about to release his first proper solo album, The Messenger, 26 years after the most iconic indie rock group in the history of pop music disbanded. British newspaper The Guardian's Dave Simpson has interviewed Marr, not only about his new record which will be released towards the end of February, but also about his relationship with his former bandmates and the David Cameron controversy that prompted Marr to tell the British prime minister off in a tweet, forbidding him to like The Smiths. Also, by following the link, you can listen to two songs from the upcoming album, both absolutely gorgeous, the title track and "New Town Velocity". The Messenger is one of my most eagerly awaited albums right now. 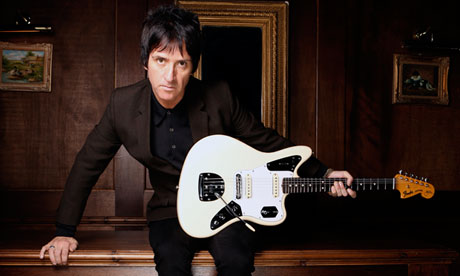