One of the summer's most extraordinary albums is credited to Elton John vs. Pnau and is called Good Morning To The Night. Now, Pnau is an Australian dance duo that has made an entire album around what's basically lesser-known Elton John songs from the first half of the 1970's, sampling anything they like, with Sir Elton's blessing. The result is not bad at all, and the current single "Sad", constructed around the vocals from "Curtains" off the 1975 classic Captain Fantastic & The Brown Dirt Cowboy, is beautiful, catchy and utterly irresistable! 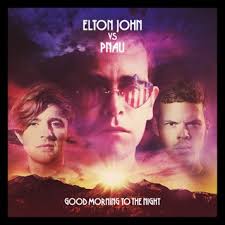