Ahhh, this is so good! The British reissue label Edsel Records have just released deluxe editions of The Beat's three albums, I Just Can't Stop It (1980), Wha'ppen? (1981) and Special Beat Service (1982), of which the first is the real classic. The Beat (rechristened The English Beat in the US and The British Beat in Australia) were a six-piece band from Birmingham that became part of the British ska movement. They released their first single on the famed 2 Tone label, a cover of Smokey Robinson & The Miracles' "Tears Of A Clown", and then on their own label, the Arista imprint Go-Feet, released their three albums. "Hands Off... She's Mine" was the album's first single, a fantastic reggae/ska/calypso number that is immediate and super catchy. I never really knew how good the album was either as I've mostly heard The Beat's early singles, but when I received I Just Can't Stop It in the mail today and put it on, I was struck by what a marvelous record it is. 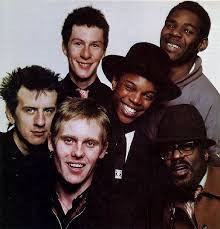 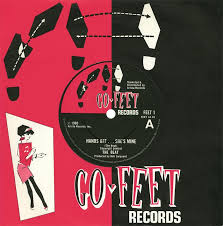