Was Fairground Attraction's debut single "Perfect" the most infectious and joyful song released in 1988? You bet! The basically acoustic rockabilly tune topped the charts, literally around the world, both in the UK, in South Africa and in Australia, and this at a time when the production team Stock Aitken Waterman ruled the charts with their decidedly bland pop music. "Perfect" was written by master tunesmith Mark E. Nevin who later worked with Mary Coughlan, Kirsty MacColl, Morrissey, Paul Brady and others, and also launched the career of lead singer Eddi Reader who's later released some pretty good solo albums. Fairground Attraction released only two albums, but will always be remembered for "Perfect". 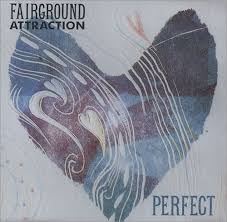