Although the music video for Jona Lewie's fantastic "Stop The Cavalry" (1980) is set to the trenches of the First World Was, where the fighting troops actually had a short ceasefire on Christmas Day, the song's narrator is according to Lewie, "a bit like the eternal soldier at the Arc de Triomphe". It's an anti-war anthem, with a joyful melody based upon a theme from Swedish Rhapsody No. 1 by Hugo Alfvén, while the major musical elements of the song are borrowed from Mozart's Rondo in D Major, K382. A lot of trivia there for you which I'm sorry about, but what a song. It's a true Christmas classic in window 18 of Erik's musical Advent calendar. Hope you like it! 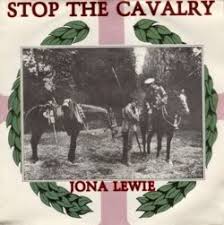