The fourth window in Erik's musical Advent calendar hides a pretty obscure gem, Davitt Sigerson's incredibly catchy pop song "It's A Big Country". It was featured on the compilation album A Christmas Record, released on Ze Records in 1982, featuring the label's artists such as Was (Not Was), The Waitresses, Kid Creole & The Coconuts and Sigerson. He later became a record label executive and is today a published novelist, but however many achievements you can stick on the guy, for me his greatest moment will always be "It's A Big Country". It's such a wonderful and happy Christmas song. 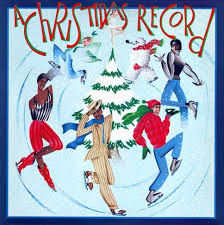