This is such a wonderful song. "Night Time" from London act the xx's 2009 debut album xx is a masterclass in minimalistic and melodic simplicity, sort of an indie version of Gotye's current monster hit "Somebody That I Used To Know", almost as accessible but not quite. In a perfect world this too would have become a huge hit. That aside, we're looking very much forward to their second album that is projected for release sometime this year. 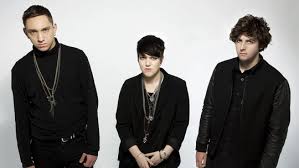